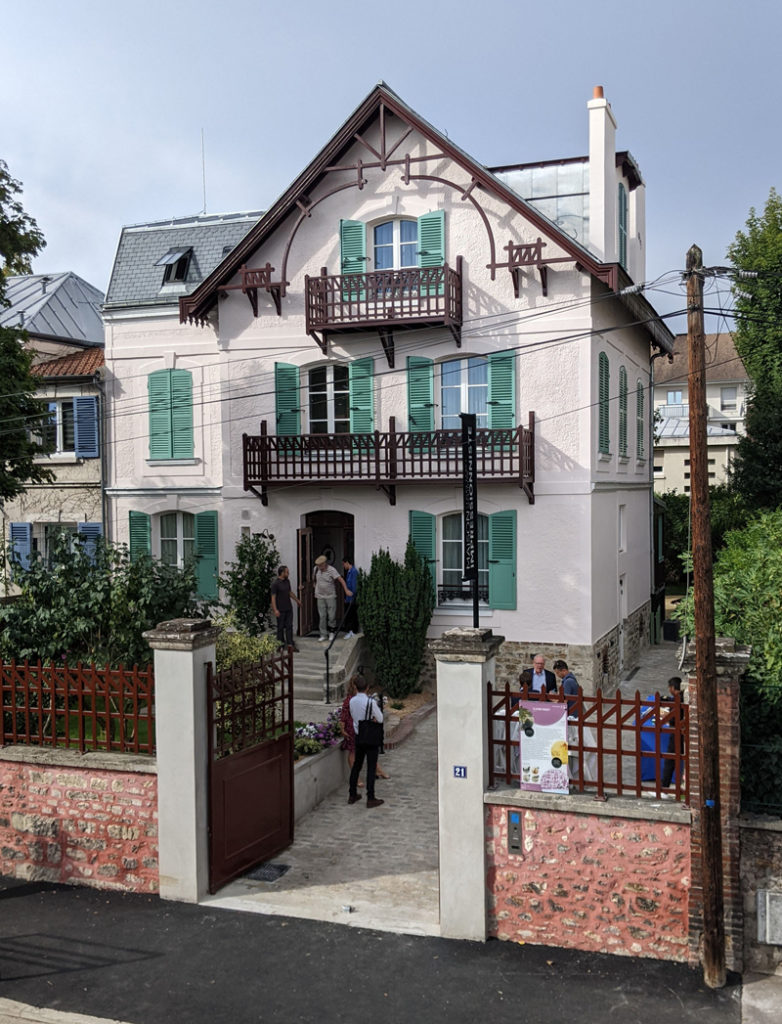 For the European Heritage Day weekend, the impressionist house Argenteuil will open its doors to the public for the first time. An opportunity to rediscover a city that 150 years ago was still a small corner of the countryside around Paris.

With the arrival of the train in 1863, Argenteuil quickly became a popular place for Parisians to take bucolic excursions. We stroll along the banks of the Seine where guinguettes serve the locally grown wine, Picolo (which would be the origin of the verb to drink), while watching the canoeists go by. Mesmerized by the river and its ever-moving reflections, painters follow the movement and set up their easels from Argenteuil to Chatou.

Often overshadowed by Giverny, the iconic site of Impressionism, Argenteuil is nevertheless the cradle of this movement, with the creation of the Association of Impressionist Painters on December 27, 1873. Claude Monet painted his picture there in 1872 Print, rising sun, after which the painting movement got its name. Indeed, there was still no success, and following the advice of Manet and Caillebotte, he moved to Argenteuil where he stayed for seven years, from 1871 to 1878. There he painted 259 canvases, approximately 150 of which take the city as a model.

The second house where Monet lived, the pink house with green shutters, is a typical 19th century house. Built in the style of a “Swiss hut”, it is visible in several of his paintings, but today there is no trace of the painter’s passage within these walls. When Argenteuil City Hall bought the house in 2005, Monet’s connection to this house was only historical, intangible. But the same is true for the city as the painter so zealously represented it: industrialization, war destruction and necessarily rapid reconstruction radically transformed it.

If the city hall wants to preserve and improve this heritage, the question of its purpose is a real problem. There are no paintings to display, no furniture or decorations left from Monet’s time, only a few traces that can be found in the paintings: how then to make a museum without works, to talk about Monet without traces of his presence? The solution adopted for the Impressionist House is to turn it into an entry point into the history of Argenteuil.

The interior of the house is designed to give the atmosphere of a modest middle-class house from the end of the 19th century, with narrow rooms, antique furniture and a digital display of Monet’s works related to themes, around Argenteuil, such as the Seine, its stations or its streets. Furniture can be manipulated to reveal reproductions by opening the shutters, in the mirror of the dressing table or in the chest of drawers.

If the conservatory, which has been completely renovated, offers a charming view of the back garden, the highlight of this house is the reconstruction of Monet’s ship-studio in the attic. With the help of Caillebotte, he did equip a small boat that gave him an unprecedented view of the Seine, which can be found in Edouard Manet’s 1874 canvas.

On the entrance wall of the garden, street artist C215 painted a portrait of Monet, thus connecting it with other works of street art in the city. Because from the house, the walk continues towards the Basilica of Saint-Denys and its Holy Tunic, towards the gardens of the abbey where Héloïse was educated and took refuge after the scandal caused by her marriage to Abelard, or still towards the Paris Colony quarter and some examples of Art Nouveau and Art Nouveau architecture. Even if the Argenteuil Museum has closed its doors, its important collection of around 8,000 pieces is still highlighted through loans and exhibitions. On September 17, L’Atelier des jardins de l’Abbaye opens an exhibition on transportation, from carts to two-wheelers, by train and by boat.

Ten minutes by train from Saint-Lazare station, why not rediscover Argenteuil?